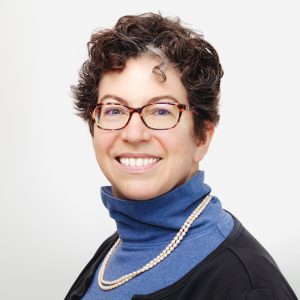 Karen Evans-Romaine (PhD, Slavic Languages & Literatures, University of Michigan) is Professor of Russian in the UW-Madison Department of German, Nordic, and Slavic. She has been at UW-Madison since 2009. An ACTFL-certified Russian oral proficiency tester, Evans-Romaine directed the Kathryn Wasserman Davis School of Russian at Middlebury College from 2003–2009 and coordinated the first-year Russian program there from 2001–2003. She is co-author, together with first author Richard Robin and Galina Shatalina (George Washington University) of the two-volume elementary Russian language textbook Golosa. She is co-editor, together with Language Institute and Russian Flagship Associate Director Dianna Murphy, of a collection of articles on Flagship programs entitled Exploring the US Language Flagship Program: Professional Competence in a Second Language by Graduation, published in 2016. At Ohio University Evans-Romaine directed the Russian program and the biannual OU Spring Quarter in Moscow Program from 1996–2009. Evans-Romaine also studies intersections between Russian and German literature and between Russian literature and music, with a focus on the work of Boris Pasternak; she has published a book and several articles in these areas. She has taught Russian at all levels, nineteenth- and twentieth-century Russian literature, Russian cultural history, and courses on literature and music in European Modernism; in 2006 – 2007 she taught advanced English and American literature and culture to Russian students at Smolny College in St. Petersburg on a Fulbright.